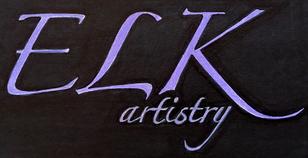 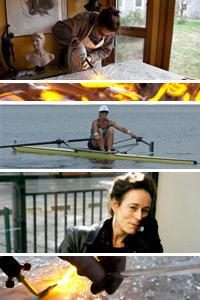 A life-long artist in many media, Ellen Kennelly was raised alternating between Cambridge, Massachusetts and Claremont, California until matriculation at St. Paul’s School.   She received her A.B. in 1985 from Harvard-Radcliffe in English and comparative religion.  Inspired by teaching experience during summers in Tonga, S. Pacific, Ellen taught English and coached crew and debate at St. Paul’s.  She returned to Harvard for a Master of Divinity in Religion and Secondary Education in 1990, concentrating in literature of non-violence and social ethics.  In need of a creative outlet while working as a teaching fellow, she turned a cake decorating hobby into a successful high-concept wedding cake business, which she ended in 2000 to give priority to more permanent art.

A sculpture class in 1992 taught by nationally renowned public artist Ralph Helmick at the School of the Museum of Fine Arts Boston led to a concentrated pursuit of figurative sculpture.  After working as an assistant at Mr. Helmick’s studio, Ellen taught that class in sculpture at the MFA.  She also studied wood carving with Joe Wheelwright and further expanded her repertoire in 2008 to include flameworked glass.

Now settled in Washington, Ellen continues to work mainly by private commission, and seeks inspiration and materials from the magnificent natural world surrounding her new home.  An avid competitive masters sculler, she trains on local lakes or their surrounding trails.  Ellen devotes substantial volunteer time as a planter of future old-growth forests and as a vegan advocate to champion the intertwined causes of non-violence, justice and wellness for the earth and all living beings.

This block contains code to dead links for nav This block will not be visible on the live site.